Hi and welcome to my website! My name is Marcel, I’m from a small german village and spent my childhood happily between trees, cows and all things boys like to do. After school I moved to what felt like a big city, but it turned out not to be, however coming from a village everything bigger seems like New York. I was working in business for ten years before I decided to quit my job and go explore the world. I left Germany beginning of 2015 with a one way ticket to Peru and since that time I’m around.

I arrived there with no clue, no Spanish but some good friends waiting for me. We spent a month in Peru together, then one in Costa Rica and another one in Colombia. By that time I already fell in love with South America, it’s people, it’s language, it’s culture, it’s history and it’s nature. So one day in april 2015 I woke up in Bogota, realising that all my friends are gone and I still didn’t speak more spanish than Gracias and Hola. So I decided to take some Spanish classes and stay a while longer in South America. I quickly found a super cool place to stay with a bunch of nice people in the colonial part of Bogota and also spanish classes were arranged on no time. Two days after I moved to that house I was also bass player in a reggea band, that practiced there. Hanging out with all these poeple (most didn’t speak english) really helped me to get better in spanish fast and I stayed in that house for 3 months, plaiying gigs, recording music and enjoying Colombia. I decided that it was too early in my trip to get stuck and so I moved on further south, to Ecuador, Peru (again), Bolivia, Paraguay, Chile and Argentina until I reached Patagonia at the end of the year. I was quite sad to leave as it felt that I wasn’t done with South America yet and so I left with a desire to come back one day.

During that year I shot many pictures and videos, but most of them are untouched on my hard disk. I think it will be a task for future years to go through that and put the videos on YouTube or where ever.

After that year I got the working holiday visa for Canada, so I went to Canada for almost a year, worked as painter in Vancouver and then travelled around the US for 3 months. I bought a trombone in Texas and started playing it in New Orleans, quite a good place for that!

The current year I’m spending in Malaysia and Indonesia, getting to know the culture here and learming how to play trombone.

The last part of my trip will be a motorbike ride from Malaysia back to Germany which I will start in early 2018, until then I’m trying to get better in video editing so I can document that trip. During the last three years on the road I learned so many things that money never can buy, I met awesome poeple, tried both terrible and great food and now I can’t imagine going back to my old life. I don’t have a plan yet for after my trip but I hope it’s going to be something in tourism sector. If not I will become a farmer haha. Ok, have a look around my page, see what I’m up to and get in touch! 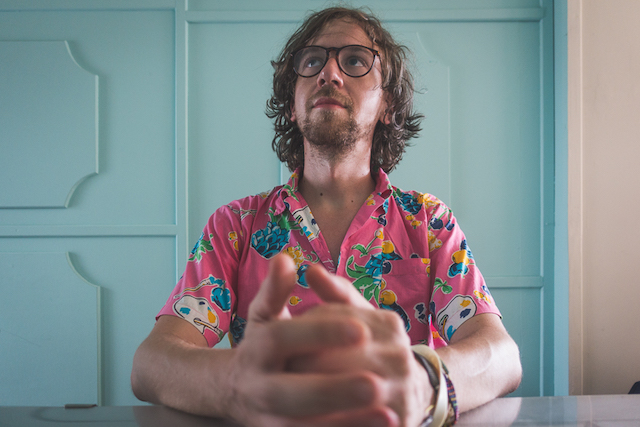