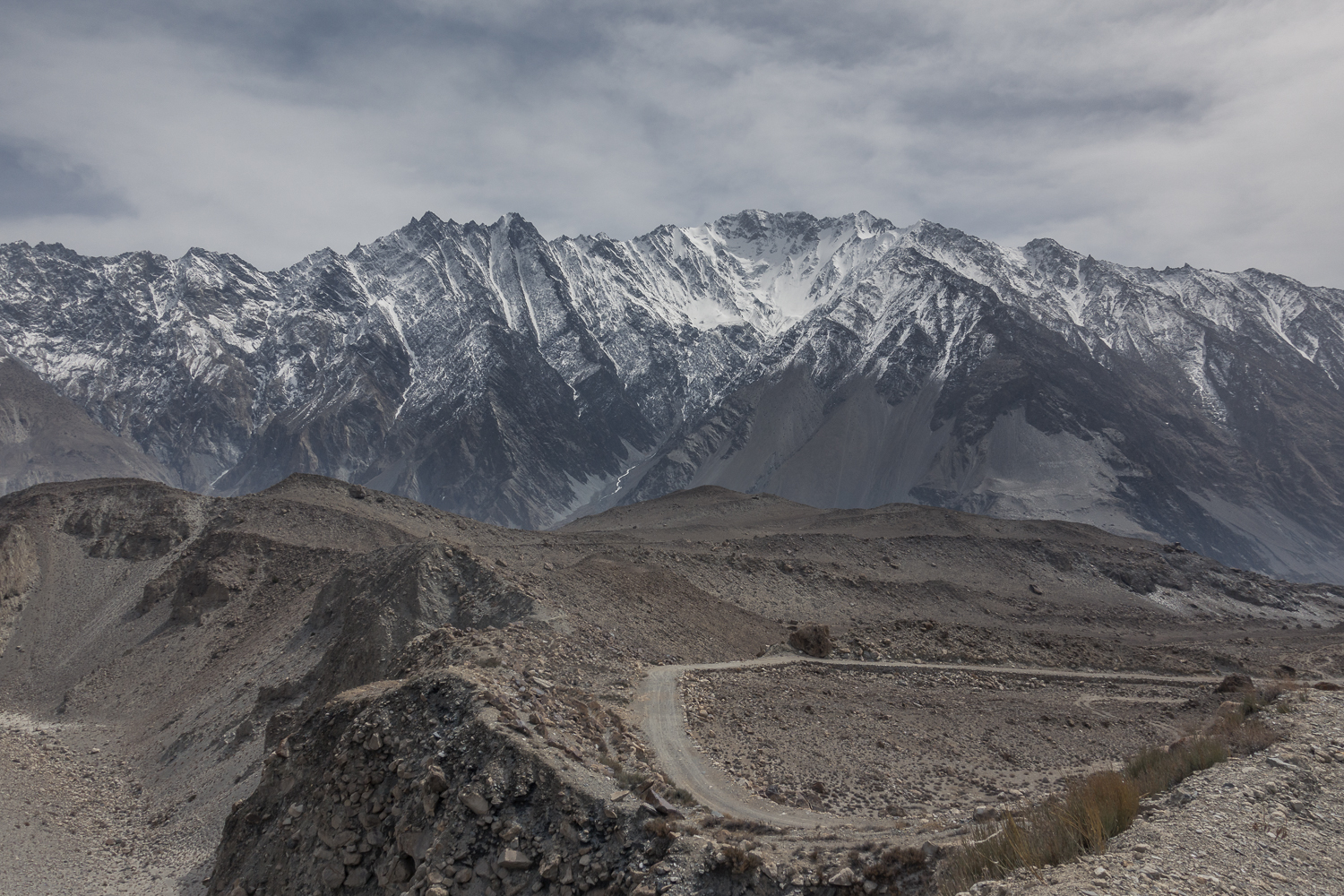 Northbound by motorbike - a trip between 3 mountain ranges 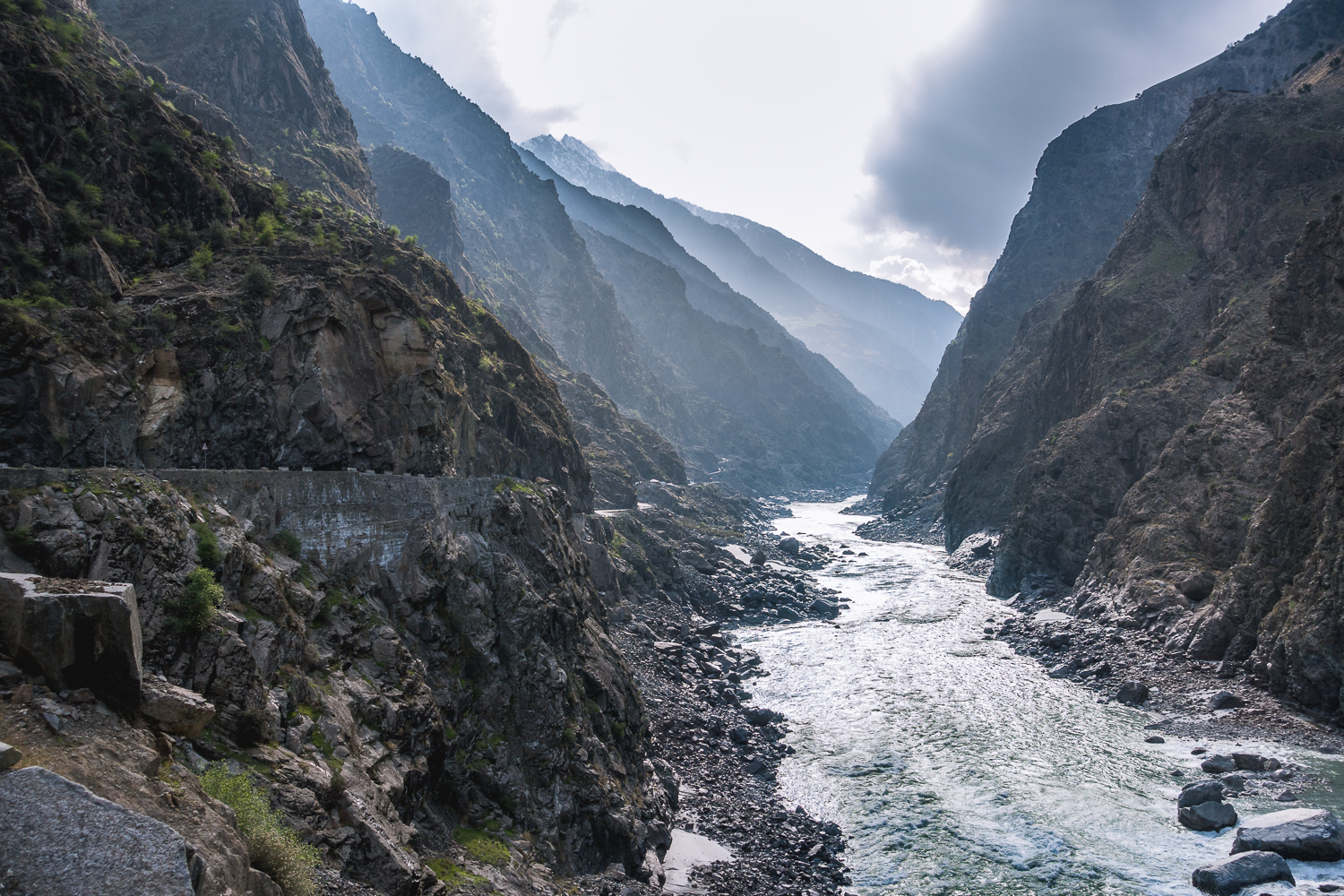 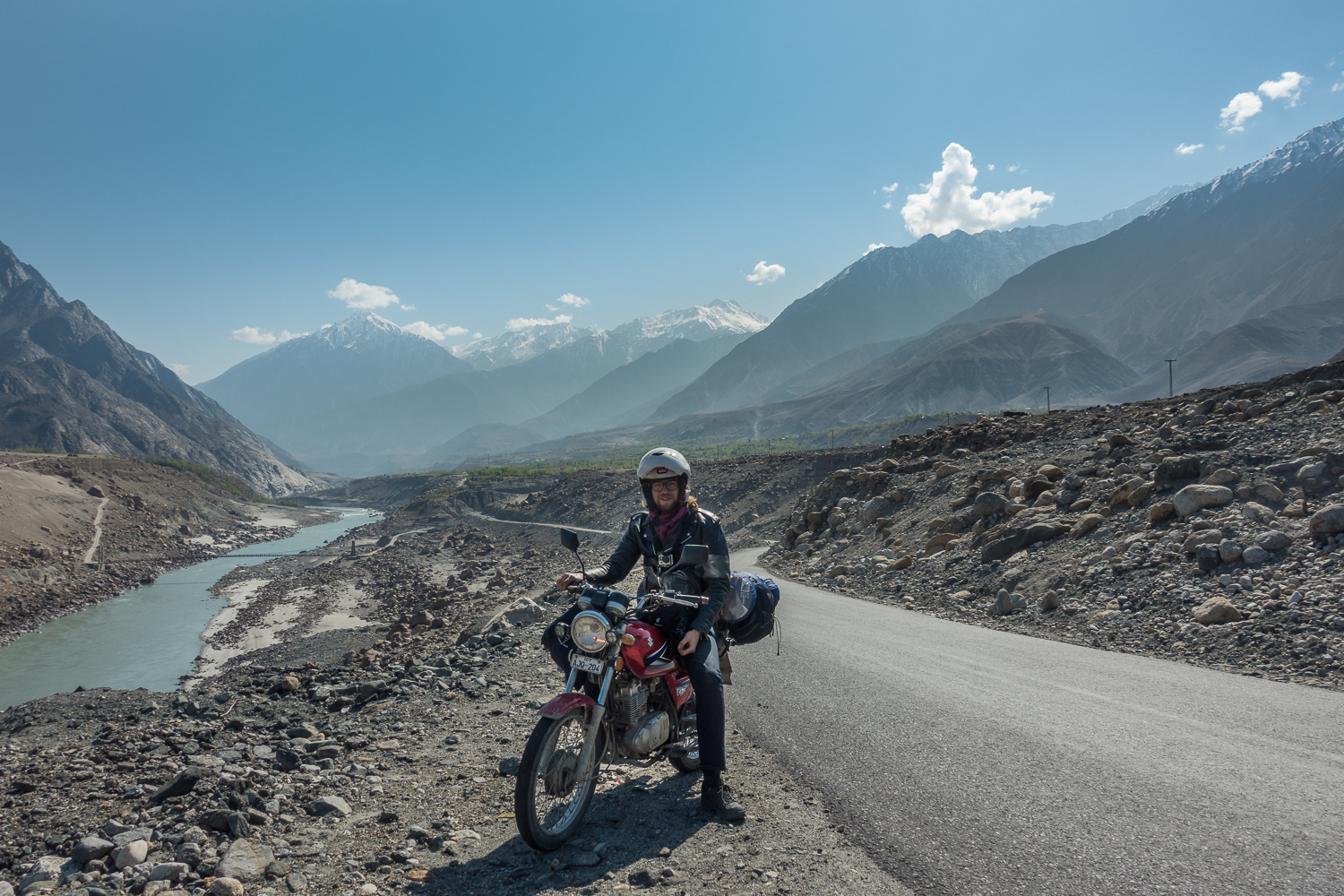 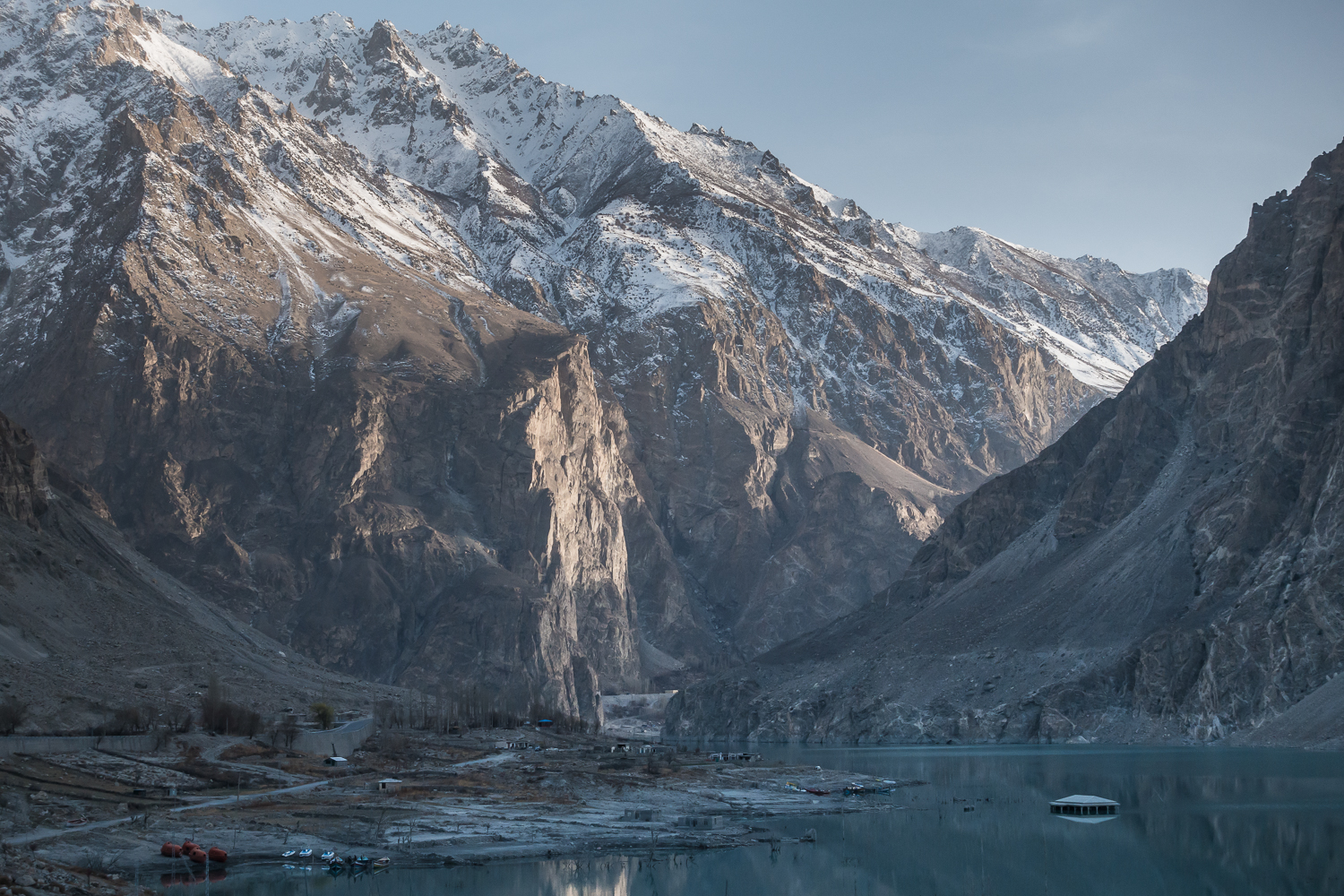 What comes to mind when thinking about Pakistan is probably not beautiful nature, massive mountains, crystal clear lakes and lush green meadows. And that for a reason, as the heavily populated south of the country really is not a piece of garden eden on earth. What most people don't know is that there's another side of the country, and it lies north, towards Afghanistan and China. It's generally called The Northern Areas and it's comprised of many different valleys, regions, provinces, cultures and languages. But maybe the fact that is most stunning, it is where 3 huge mountain ranges meet, the Karakoram (hence the name karakoram highway), the Hindu Kush and the Himalaya.

Back on a motorbike

The north was where I wanted to go most in Pakistan, when I "prepared" my trip it became clear quite fast to me. Low population, space, giant mountains, breathtaking landscapes, freedom on a motorbike, all these things you can't really find in the south, even if the south has a lot of historical places to visit, I was drawn to the north. The fact that I was very "popular" in the more southern parts also contributed to that decision (I can't count the number of selfies I took with people, or better, people too with me). The next step was to rent a motorbike, which turned out to be not that easy. Theres only one company that's renting out motorbikes, so I had no choice but rent from them. So a short while later I got to sit on a bike again! Nice! I quickly realised how happy it made me, the air blowing in my face, the traffic not stopping me, the independence, a feeling of being connected to my surroundings, I was just enjoying every second. And so I left Islamabad with the vague plan of going to Hunza valley and spend some time there. Each hour I drove the landscape became more stunning, the people became more friendly (even tho they spit all the time there) and the feeling of reverence grew.

Why you should go to Hunza? 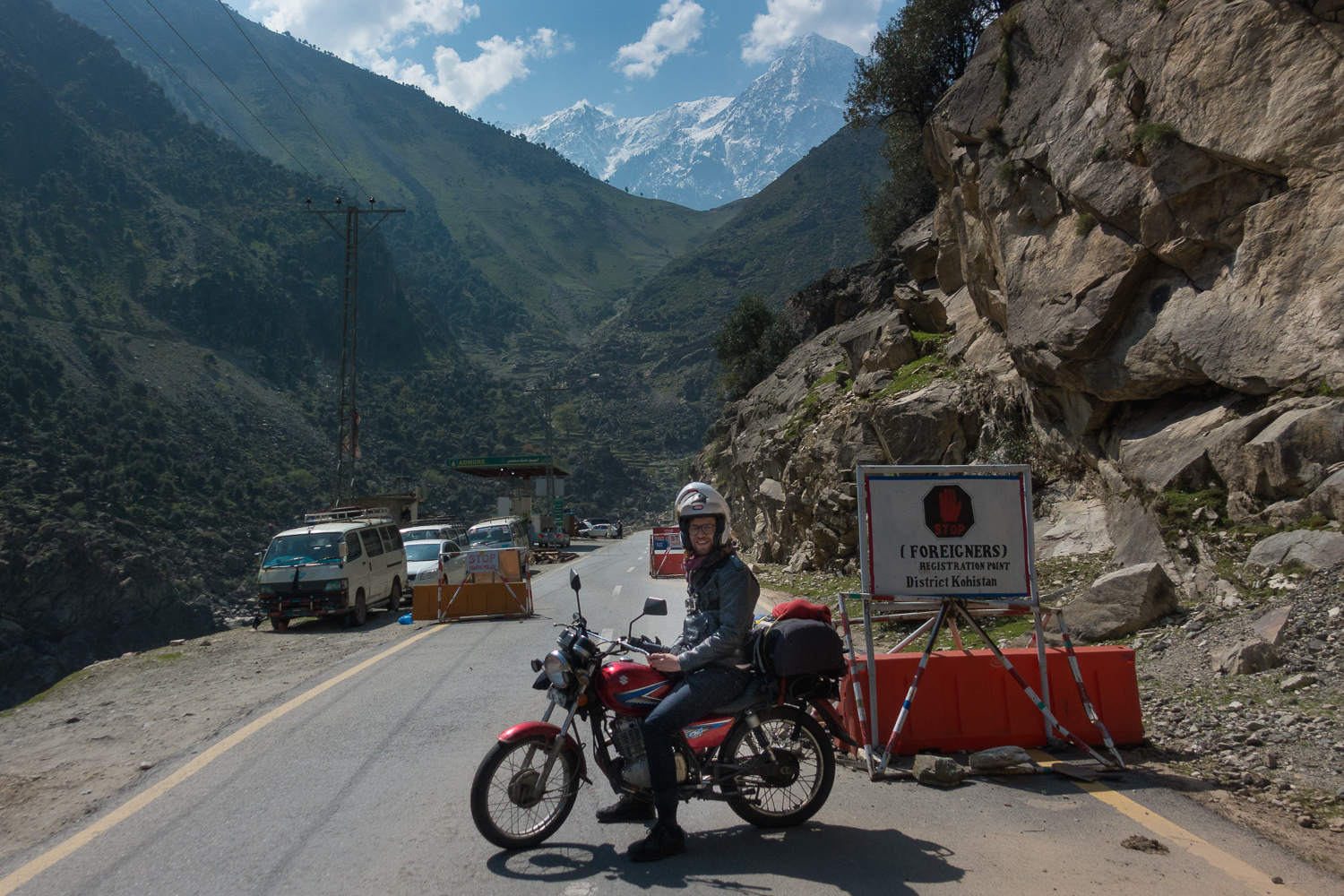 That's the question here. The answer is: because. The whole experience is just overwhelming. These massive mountains with their snow covered peaks, the fruit trees in these massive valleys, the ice cold rivers flowing down forming lakes, the hospitality of the people, the feeling of travelling back in time as these mountain villages are so remote that modern life only starts to arrive there. It all is just wow.

Take for example this road here. It was only being build very recently by a joint venture between China and Pakistan as part of the China-Pakistan Economic Corridor. It connects Gilgit with the Chinese border. Before it was built, it took about a whole day to go from Karimabad to Gulkin, as the previous road was destroyed by a land slide that even created a huge lake! a trip that now took me 30 minutes by motorbike. These vast seperations also explain the slow spread of technology and why most villages speak different languages. 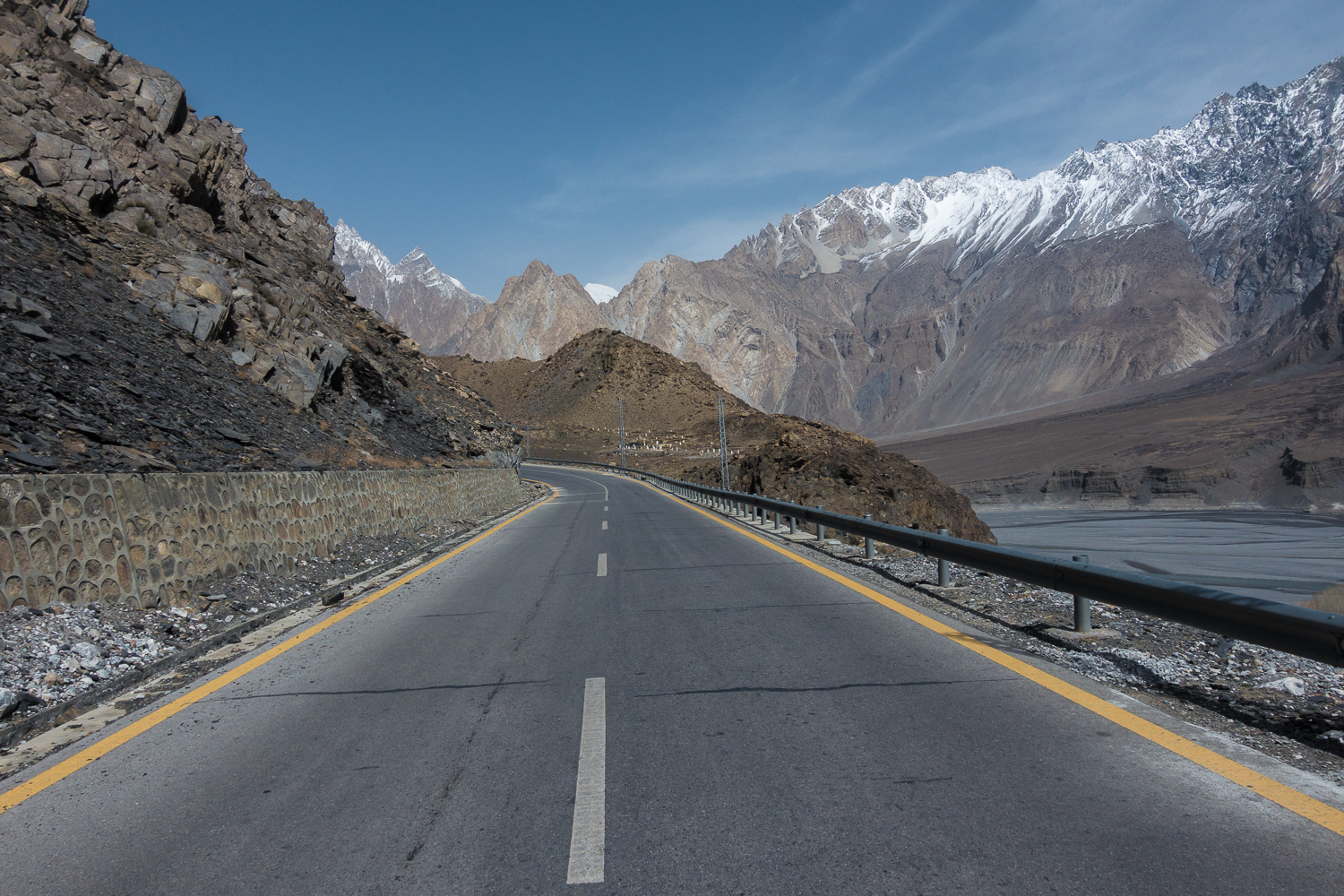 So all is perfect? 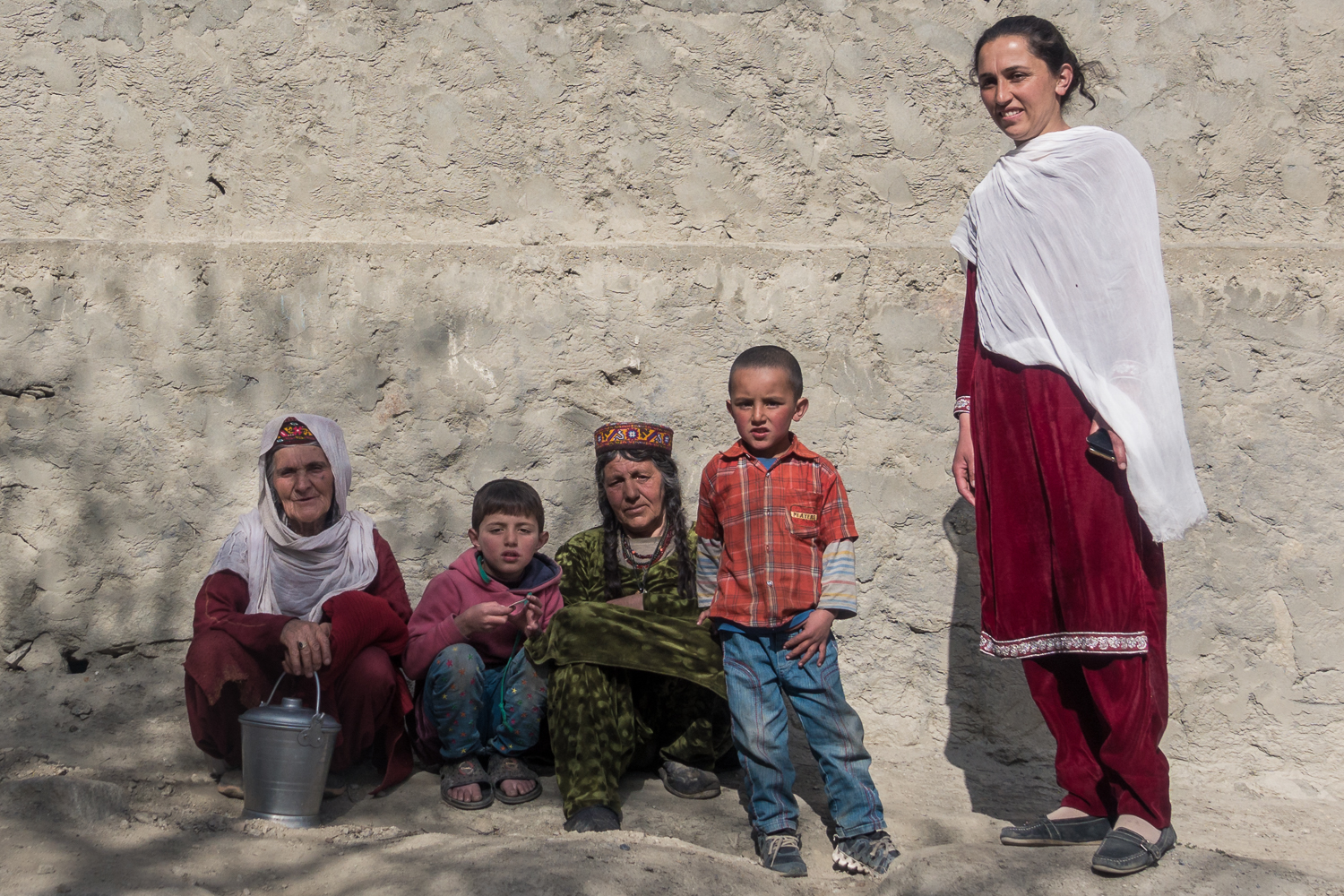 Not really. Don't romanticise "simple life" too much, just like we like to do when we think of "living close to nature". Even for me, at first glance it seems like an utopia where all is perfect. But it's not! The people are very poor, there's literally no work except farming and tourism. 99% of the tourism is domestic as after 9/11 the numbers of foreigners visiting Pakistan dramastially declined and hasn't increased that much yet. Furthermore the literacy rate in some areas is below 10%! The schools are poorly equipped, the religious believes in some areas are seeing education not as an asset and as men stay with their family (later the wife will join) their whole life it is not really an option to move to a big city to try to find work there. If you want to visit consider bringing some materials for the schools there, notebooks, pens, scissors, rubbers, simple stuff that can really make a difference there!

However the situation in terms of literacy is very different in the Hunza Valley as comapred to other valleys, as the people follow a certain spiritual islamic leader called Hazir Imam, who is an advocate for education and therefore the literacy rate in that specific valley is believed to be 90%. Everywhere on the mountains you can see messages to this spiritual leader, people are very fond of him and many people I talked to adore him. 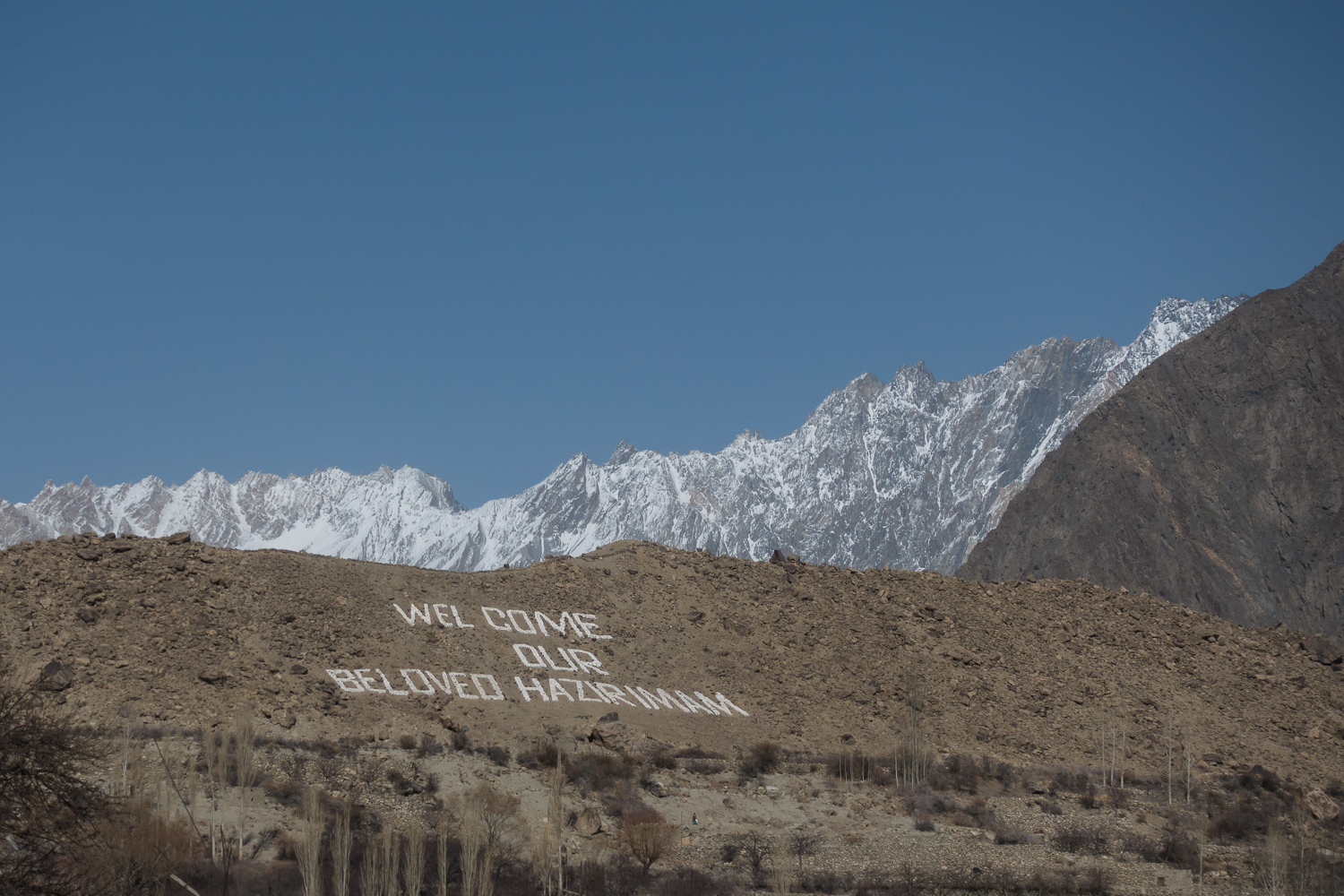 So the combination of remoteness, untouched and rough nature, hospitality and simplicity plus a lack of foreign tourists is just something I never experienced in any other place I've been to. And these are a lot. For me personally, this area steers more towards Central Asia than towards South Asia and it gave me a glimpse of central asian culture and - unfortunately - it made my wish to go there even stronger. It is truly a unique place to visit and if you like mountian climbing (you can go to the base camps of multiple 7k + 8k mountians, amongst them K2, the second highest mountain in the world!), trekking, quite and simple life and of course motorbike riding in a stunning environment - go put Northern Pakistan on your bucket list! Here is a video of my motorbike trip there, I hope you can get a glimpse of what it's like to go on such an epic trip!